Times are tough in business, and many unsuccessfully attempt to navigate through the maelstrom by mirroring the competition. But, in a world where credibility is king, becoming ‘dai-sensei’ could be the answer, argues Mariel Brown, Head of Trends at Seymourpowell.

Thinking about Empathy (I) 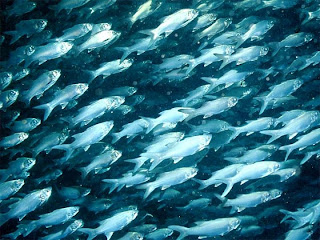 "I know the joy of fishes in the river

An interesting video from the "Service Design for Tourism" conference of last week!

Service Designing for Landesgartenschau Gmünd 2014 from Thomas Schönweitz on Vimeo.

The conference had a good coverage also on twitter, check for #SDT2012

In a continuation of our work with Nokia exploring what ‘everyday adventure’ means to different people around the world, Seymourpowell has again teamed up with the mobile communications leader and the team at DesignStudio to create two new short films. Click here to watch the videos and read more.

The Positive Power of Being Strange

These questions and a few more made up the raw material for a TEDx Des Moines Talk I gave in July titled: The Positive Power of Being Strange.

See what you think. Feedback welcome. Thanks!

We attended at the invitation of the D.Camp D.School developed by SAP in August, to help them develop ideas and prototypes around the challenge of innovation with Social Media.

A week of many corporate presentations, German paced methodology and fun people. MiDi Graduates attended as participants to add the teams a Mediterranean touch. Here are some pictures of the workshop and its poster.

More info and pcitures at … 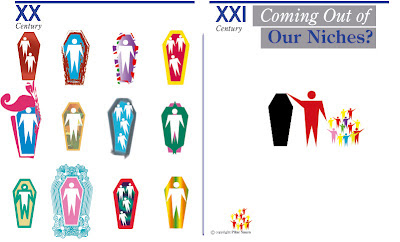 What are your thoughts on the state of the global economy and of Spain's specifically?, …

Media firms such as the BBC, HBO, and Corbus, along with brand-drive organizations such as Visa and the Estee Lauder Companies, hire people to manage their digital assets. Digital assets include content such as television shows, movies, photographs, and advertisements. Viewers and consumers create their own content, too, in response to shows and brands. Co-creation introduces new challenges for digital asset managers,…

You might have seen Orlando Bloom sporting Feiyue trainers, or spotted them in the opening sequences of the 2008 Beijing Olympics, but the original Chinese workman shoe has been a household name.... Click here to read…

To celebrate Curve magazine’s 40th edition and the launch of the Curve for iPad this month, the leading industrial design magazine asked high-profile design experts from around the world to share what they think the big game-changers will be in industrial design in the next two to five years. Click here to read more.

Amongst several other global leaders from...

Design Insights: ‘The imagination challenge’ and ‘The new order’

“The imagination challenge,” the third video in this “Design Insights” series, features Richard Seymour, Cofounder and director of Seymourpowell, speaking about how a lack of imagination can inhibit good design.

“Up until relatively recently what you imagined, such as the author, could extend beyond what you could do,” Seymour says. “But the weird…

The ONLY Liberation: An Interactive Video Sensation

Continuous Innovation... what, why and how?

As part of the DesignThinkers Group US launch event I gave a talk about Continuous Innovation.

The talk was (and is) meant to trigger a conversation on innovation. There are many different opinions on this topic, and it has many dimensions I do not cover in this talk. But hopefully there is enough in it to agree or disagree with and I want to invite you to share your thoughts and opinions.

DESIGN THINKING: THE CLOUD OF INNOVATION Usually I am quite dreamy when it comes to reading or paying attention to things for long periods of time. This is because my mind starts flowing and thinks of other stuff when I am doing these things (triggered by the content so I am actually paying attention).  So I love doing it for the reason that it is very useful as a source of inspiration. Anyway, when I was…

Why HR and Finance will Love Collaborative Innovation

The practice of collaborative innovation can help human resources rethink staffing and finance rethink annual planning for the Digital Age.

This article explores how.

Theories about disruptive, breakthrough innovation tell us that these rarely come from the incumbents, more usually emerging from fleet-of-foot new entrants that shake up the status quo. With this in mind, Seymourpowell’s Head of Sustainability, Chris Sherwin, excitedly joined the kick off event for the…

In this edition of the Seymourpowell TV series, Contagious Communications consultant Dan Southern explores how everyone’s lives are touched by the internet of things such as democratisation of technology, ubiquitous computing, pervasive networks, and abundant data.

Operating at the intersection of marketing communications, new technology and consumer behaviour, Contagious has become an indispensable strategic resource and creative reference tool for…