The World of Design and Interiors After the Milan fair 2013, Seymourpowell dove into some design and interiors findings. Here is what other thought-leaders are reporting on the subject.

Seymourpowell is following another fascinating blog about exploring cities and their culture titled: Jetting Around. Got two free ticket for the below event in Germany next week, who wants to go?

The Creative Innovation Sum with gathered on 3 June 2013 thought leaders and pioneers of new digital Bauhaus in Weimar . Through inspiring lectures by renowned experts, lively panel discussions and joint workshops participants can selectively explore the prospects for their own companies, arising from the connection creative economy and technological innovations. Keynotes from Michael Conrad (President Berlin School of Creative Leadership ), John Howkins (Author , The Creative Economy: How…

The Professional Facilitator as Innovation Catalyst

“Innovate or die,” heralds the Digital Age. The wise leader, mindful of the limits of the latter, embraces the practice of collaborative innovation as a way for their organization to pursue the former. Organizations, too, have professional facilitators on staff and on call. Working as an adjunct to the human resources function, they have remained largely absent from the dialogue around the practice. Innovation happens…

The room was slowly filling up with the employees. One after the other they took their seats and didn’t look too pleased: the speech that I was about to be holding did interrupt the longed-for transition from their dinner to a well deserved drink at the bar! So this left me with the task to ensure that those snaring away during my talk would not animate the others to follow suit.…

Seymourpowell invites you to join their design trends discussion 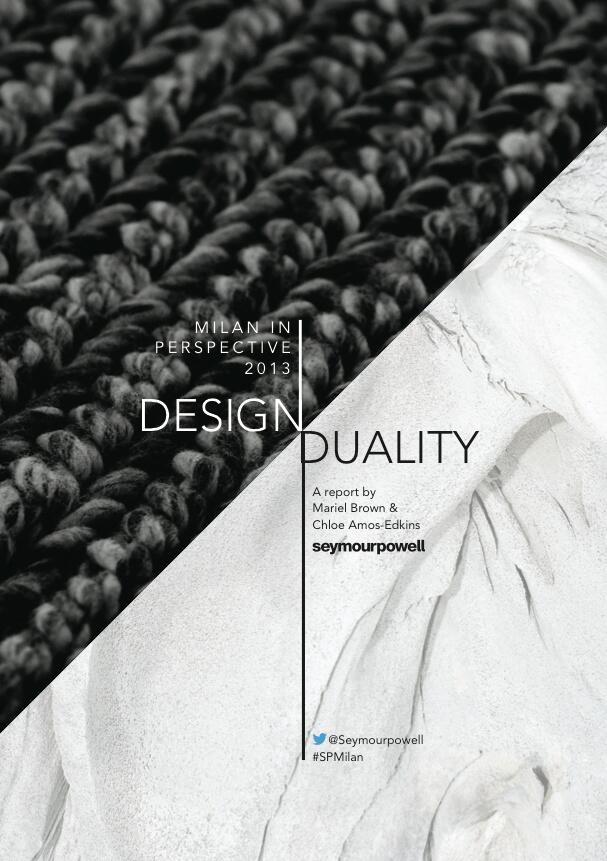 What design trends stood out to you the most from your experience at Milan or from Seymourpowell’s report? Is the experience the people or the products? Does it work as an international club – and is this good or bad?

Language Is Killing Our Ability To Innovate There are many inventions whose origins we simply cannot trace. One glaringly obvious, yet equally elusive innovation is that of the spoken word. Before we had language, we made sense of the world through pictures, sounds, and smells. Humans estimated time by looking at the position of the sun, and gained a sense of direction by…

Seymourpowell got together with design magazine FX to host a reception on April 25 of this year. This special drinks reception was to celebrate the completion of research for the Milan Furniture Fair.
Click …
Continue

Fertile Ground for the Ideation Seed

Depending on the people involved, their motivations, and the phase of the moon, you may or may not find fertile ground for the practice of collaborative innovation.

The issues of relying solely on 'Big Data'

As the information economy grows, 'Big Data' is seemingly the answer to all of our problems. Though a powerful tool to use, 'Big Data' requires an interpretation to decipher the 'why' behind the numbers.

Richard Seymour discusses his approach to design. He describes finding inspiration from components found everywhere, going so far as to design a brassiere based on the flexible yet durable sternum of a chicken.